Chemotherapy, or “chemical treatment,” has been around since the days of the ancient Greeks. However, chemotherapy for the treatment of cancer began in the 1940s with the use of nitrogen mustard.  Since then, in an attempt to discover  effective chemotherapy treatment, many new drugs have been developed and tried.

Chemotherapy treatment uses medicine to weaken and destroy cancer cells in the body, including cells at the original cancer site and any cancer cells that may have spread to another part of the body. Chemotherapy, often shortened to just “chemo,” is a systemic therapy, which means it affects the whole body by going through the bloodstream.

There are quite a few chemotherapy medicines. In many cases, a combination of two or more medicines will be used as chemotherapy treatment for different cancers.

Chemotherapy medicines prevent cancer cells from growing and spreading by destroying the cells or stopping them from dividing. 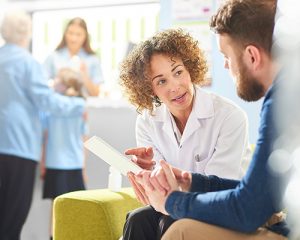 For example chemotherapy is used to treat:

When treating early-stage breast cancer, it’s fairly common for chemotherapy to be given after surgery, as soon as you recover. Doctors call this “adjuvant” chemotherapy because it’s given in addition to surgery, which is considered the primary treatment.